After I woke up and had a stretch as usual and got dirt under my fingernails as usual, I heard voices above me in the barn. Which wasn’t usual at all. 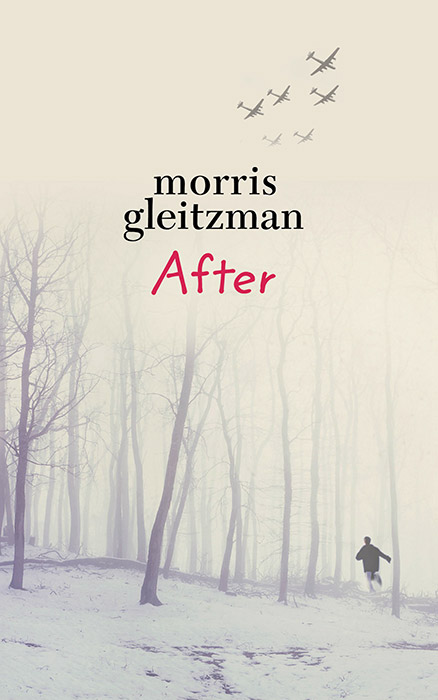 Years ago a big car smashed into my small car and I suffered whiplash, so I know what an unpleasant experience it is. Which is why I regret the whiplash I may have caused my dear readers by writing this book.

My only excuse is that sometimes writers have to put their characters first. I know, not something a reader wants to hear. (Come to think of it, that might have been a reader driving the big car ...)

When Felix started letting me know, soon after I finished Now, that there were big chunks of his life I’d skipped over and that he needed me to go back and explore some of those times with him, I resisted. I tried to push him to the very back of my imagination, behind several other books I was planning to write.

But if you’ve read any of the Felix books you’ll know he’s not a character who gives up easily. In fact he never gives up. Which is why eventually, and in the full knowledge of what I was asking of my readers, I wrote After.

The story starts in 1944, when Felix is forced to move on after hiding for two years under Gabriek’s barn. (Hence the whiplash. Now jumps forward seventy years, After leaps back sixty-eight. Sorry.)

Thus far in his life, as one would expect when a boy has the full force of the Nazi terror dedicated to obliterating him, Felix has spent a lot of his time running and hiding. After, I came to realise, is about the period in Felix’s life when he starts to do more than that.

We learn in Now that Felix has spent his long and productive life as a surgeon, operating on and transforming the lives of many children. It’s in After that the twelve year old Felix gains his first medical experience, living in the forest with a group of partisan fighters and assisting their doctor.

Life with the partisans offers Felix another opportunity too. The chance, after years of living in desperate danger from the Nazis, to strike back. Two important adults come into Felix’s life. Dr Zajak, his teacher in the rough and ready art of forest surgery, and Yuli, a temporary mother who offers Felix much-needed emotional warmth but is utterly cold-blooded it comes to killing Nazis.

As I met these two characters in my imagination and got to know them, I realised why Felix wanted me to join him at this crucial time in his life. The presence of Dr Zajak and Yuli crystalises for Felix one of the most important choices he’ll ever make. Will he become a healer or a killer?

Which would his parents prefer? Once it would have been an easy choice, but they’ve both been killed by the Nazis, so would they prefer to be avenged? Felix still hasn’t decided when he hears some incredible news.

Read Chapter 1
of After

After is available in bookshops and libraries in Australia, New Zealand, the UK and elsewhere, and online: