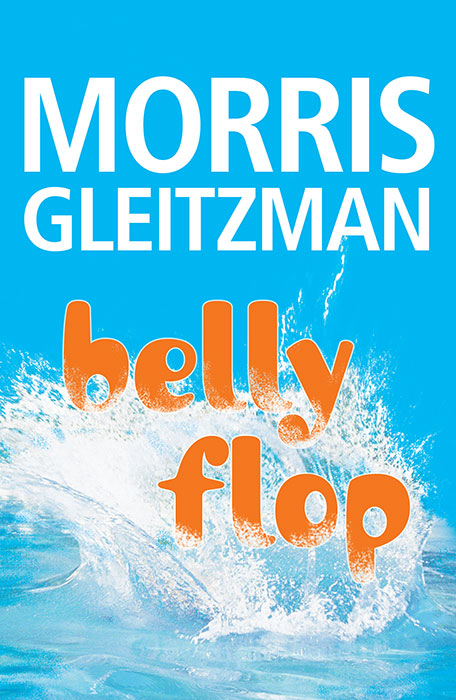 Sorry to interrupt out of the blue like this, but I’m desperate.

Troy and Brent Malley are after me.

They’re the toughest kids in town and I’ve never seen them so ropeable.

It’s really Dad they’re angry with, but they’ve decided to take it out on me.

If they catch me I’ll be history.

Oh no, I’m getting a cramp in the leg from running.

Doug, I know it’s been a long time, but you’re the only angel I know.

My leg cramp’s getting worse, Doug.

I can’t run much further.

Sorry to pester you, but the Malleys are getting closer.

I know angels have got busy schedules.

I know you’re probably in the middle of a dangerous flight or a complicated rescue or morning tea.

I know it must be a real pain having someone chucking their thoughts at you like this without an appointment.

Specially if you’ve just settled back on a cloud, taken the weight off your wings and slipped your boots off.

My lungs are nearly cactus.

The Malleys are so near I can hear the snot rattling in Brent’s nose.

Jeez, that was close.

When I slipped in that horse poo outside the newsagents, I thought I was Malley meat for sure.

Sometimes it’s not so bad having small muscles.

If I had big ones like the Malleys, I’d never have been able to squeeze through that hole in the fence.

Troy and Brent are back there now, yelling.

They’re arguing about whether to rip a bigger hole in the fence with their hands or climb over.

Once they decide, I’m dingo bait.

I need a hiding place, Doug.

That’s the problem with living in a town with only seven shops, one pub, one bank, one service station and no thick forests.

There aren’t many good places to hide.

The safe in the bank’d be good, but it’s Sunday.

Even if it wasn’t, Mum and Dad work there and I wouldn’t want to aggravate Dad’s stress rash.

It’ll have to be the Memorial Park.

Hope my legs can make it.

This town’s so remote, even if the Malleys only manage to inflict surface injuries I’ll probably still cark it before the air ambulance arrives.

Now I’m up a tree and I can catch my breath, a thought’s just hit me.

You probably don’t even remember who I am, Doug.

You angels probably look after so many kids the details get fuzzy.

I’m the one who got my head stuck in the bars of that cattle truck.

At the Gas ‘N’ Gobble when I was little.

When I asked you for help you made the driver drop his Paddlepop outside the Men’s so when he bent down to pick it up he saw my legs dangling under the truck and didn’t jump into the cab and roar off and drag me halfway across Australia.

I think I was wearing a blue T-shirt.

It probably had burn marks on it from when I did that magic trick with the oven lighter and the fluff from under Gran’s bed. The one where I asked you to put me out and you made Gavin Sims chuck his milkshake over me.

Do angels have secretaries? If you do, perhaps you could ask yours to jog your memory.

I’ve thought of trying to get in touch with you heaps of times lately, Doug, but each time I stopped myself on account of me probably being too old now and you probably being up to your neck in angel work.

I’m not stopping myself now, but, because I’m desperate.

You can probably tell that by how hard I’m thinking these thoughts.

And how hard I’m hoping you’re receiving them, wherever you are.

Things are pretty crook here, Doug, and I can’t manage on my own any more.

I need your help.

I understand if you can’t fit me in immediately because you’re busy rescuing a little kid from an iceberg or making a crocodile spit out a toddler.

But I’m hoping you’re not, Doug.

Because Troy and Brent Malley are over there by the war memorial.

And they’ve spotted me.

I suppose a tree wasn’t such a great hiding place when there are only three in the whole park.

I’m rolling in the dust.

I thought I was a goner then.

If I’d taken another half a second getting across the main street that road train would have flattened me.

I’m not sure what’d be worse, being pounded by Troy and Brent Malley or being flattened by a ninety-tonne road train.

I was glad it came along, but.

The Malleys had to wait for it to pass, which gave me time to duck in here.

The dunnies at the Gas ‘N’ Gobble.

It’s OK, Doug, it’s not as obvious a hiding place as it sounds.

If anyone comes in I’ll tell them I’m looking for the cigarette lighter Gran lost a couple of months ago.

If you don’t remember me, you must remember Gran.

She was the one who told me about you, when I was little.

She’s tall and sort of wrinkled and she’s got a bad ...

The Malleys are next door in the Men’s.

They’ve heard me panting for breath.

I’ve never been that good at athletics, but I reckon if sprinting through a service station and jumping over petrol pump hoses was a school event, I’d be in with a chance.

Specially if I had very angry twins chasing me.

I thought Mr Kee the manager was gunna grab me, but he just stood there with his mouth open.

He didn’t even say anything when Troy ran into a car door and dented it.

Or when Brent tripped over the air hose and landed in someone’s shopping.

For a sec, when I glanced back, I thought that was you making all that happen, Doug.

Then I remembered what Gran used to tell me about you.

‘He’s not like one of those posh guardian angels in the Bible,’ she used to say. ‘Doug’s invisible, he doesn’t do violence and he’s very busy, so if you need him you’ve got to ask.

The Malleys are getting close again.

I can hear them yelling round the corner.

I’ve just ducked down the side of Conkey’s Store, but I doubt if that’ll throw them for long.

You’re probably wondering, Doug, why I’m not asking anyone around here for help.

Why I’m not running into houses and yelling ‘neighbourhood watch’ or something.

Things have changed since I last gave you a hoi, Doug.

Everyone in town hates me now.

They hate Dad and Mum and Gran too.

Belly Flop is available in bookshops and libraries in Australia and New Zealand and elsewhere, and online:

The audio track on this page is an excerpt from the Bolinda Audiobook Belly Flop, read by Morris Gleitzman. Buy it online: