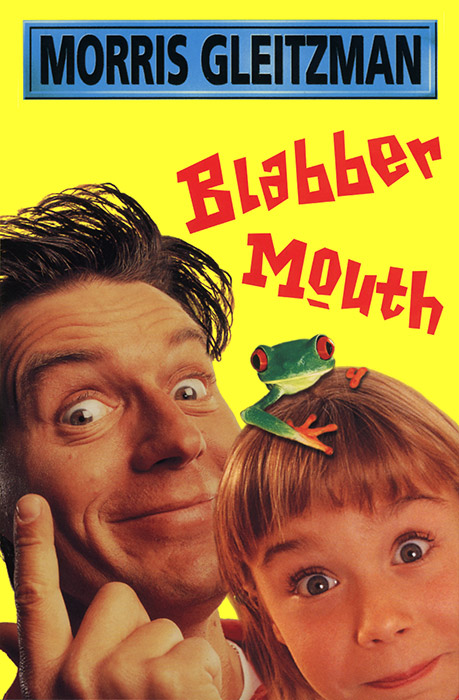 I’m so dumb. I never thought I’d say that about myself, but after what I’ve just done I deserve it.

How could I have messed up my first day here so totally and completely?

Two hours ago, when I walked into this school for the first time, the sun was shining, the birds were singing and, apart from a knot in my guts the size of Tasmania, life was great.

Now here I am, locked in the stationery cupboard.

Just me, a pile of exam papers and what smells like one of last year’s cheese and devon sandwiches.

Cheer up exam papers, cheer up ancient sanger, if you think you’re unpopular, take a look at me.

I wish those teachers would stop shouting at me to unlock the door and come out. I don’t want to come out. I want to sit here in the dark with my friend the sandwich.

I hope she doesn’t cut herself because she was really good to me this morning.

I was an Orange-to-Dubbo-phone-line-in-a-heap-sized bundle of nerves when I walked into that classroom this morning with everyone staring. Even though we’ve been in the district over a week, and I’ve seen several of the kids in the main street, they still stared.

I didn’t blame them. In small country towns you don’t get much to stare at. Just newcomers and old men who dribble, mostly.

Ms Dunning was great. She told everyone to remember their manners or she’d kick them in the bum, and everyone laughed. Then when she saw the letters me and Dad had photocopied she said it was the best idea she’d seen since microwave pizza, and gave me permission to hand them round.

I watched anxiously while all the kids read the letter. I was pretty pleased with it, but you can never tell how an audience is going to react.

‘G’day,’ the letter said, ‘my name’s Rowena Batts and, as you’ve probably noticed by now, I can’t speak. Don’t worry, but, we can still be friends cause I can write, draw, point, nod, shake my head, screw up my nose and do sign language. I used to go to a special school but the government closed it down. The reason I can’t speak is I was born with some bits missing from my throat. (It’s OK, I don’t leak.) Apart from that, I’m completely normal and my hobbies are reading, watching TV and driving my Dad’s tractor. I hope we can be friends, yours sincerely, Rowena Batts.’

That letter took me about two hours to write last night, not counting the time I spent arguing with Dad about the spelling, so I was pleased that most people read it all the way through.

Some laughed, but in a nice way.

A few nudged each other and gave me smirky looks.

‘G’day,’ everyone chorused, which I thought was a bit humiliating for them, but Ms Dunning meant well.

I gave them the biggest grin I could, even though Tasmania was trying to crawl up my throat.

A couple of the kids didn’t say g’day, they just kept on with the smirky looks.

One of them was a boy with red lips and ginger hair and there was something about his extra-big smirk that made me think even then that I was probably going to have trouble with him.

‘Right,’ said Ms Dunning after she’d sat me down next to a girl with white hair who was still only halfway through my letter, ‘who’s on frogs today?’ She looked at a chart on the wall next to a tank with some small green frogs in.

The kid with the big red smirk got up and swaggered over to the tank.

‘Clean it thoroughly,’ warned Ms Dunning, ‘or I’ll feed you to them.’

We all laughed and Darryn Peck gave her a rude sign behind her back. A couple of kids laughed again and Ms Dunning was just about to turn back to Darryn when a woman came to the door and said there was a phone call for her in the office.

‘Ignore the floor show,’ Ms Dunning told us, giving Darryn Peck a long look, ‘and read something interesting. I’ll only be a sec.’

‘I can speak sign language,’ he said loudly, smirking, right at me. Then he gave me the same finger he’d given Ms Dunning.

About half the class laughed.

I decided to ignore him.

The girl next to me was still having trouble with my letter. She had her ruler under the word ‘sincerely’and was frowning at it.

I found my pen, leaned over, crossed out ‘Yours sincerely’ and wrote ‘No bull’. She looked at it for a moment, then grinned at me.

‘Rowena Batts,’ said Darryn Peck. ‘What sort of a name is Batts? Do you fly around at night and suck people’s blood?’

Hardly anyone laughed and I didn’t blame them. I’ve had better insults from kids with permanent brain damage.

I thought about asking him what sort of a name Peck was, and did he get sore knees from eating with the chooks, but then I remembered nobody there would be able to understand my hand movements, and the trouble with writing insults is it takes years.

‘My parents’d go for a kid like you,’ said Darryn, even louder. ‘They’re always saying they wish I’d lose my voice.’

Darryn could see he was losing his audience.

Why didn’t I treat that as a victory and ignore him and swap addresses with the slow reader next to me?

‘Your parents must be really pleased you’re a freak,’ brayed Darryn. ‘Or are they freaks too and haven’t noticed?’

He shouldn’t have said that.

Dad can look after himself, but Mum died when I was born and if anyone says anything bad about her I get really angry.

I got really angry.

Tasmania sprouted volcanoes and the inside of my head filled up with molten lava.

I leapt across the room and snatched the frog Darryn Peck was holding and squeezed his cheeks hard so his red lips popped open and stuffed the frog into his mouth and grabbed the sticky tape from the art table and wound it round and round his head till there was none left.

The others all stared at me, mouths open, horrified. Then they quickly closed their mouths.

I stood there while the lava cooled in my head and Darryn Peck gurgled and the other kids backed away.

Then I realised what I’d done.

Lost all my friends before I’d even made them.

I ran out of the room and down the corridor past a startled Ms Dunning and just as she was calling out I saw a cupboard door with a key in it and threw myself in and locked it.

The smell in here’s getting worse.

I’m not opening the door.

I just want to sit here in the dark and pretend I’m at my old school with my old friends.

It’s not easy because the teachers out there in the corridor are making such a racket scurrying around and muttering to each other and yelling at kids to get back in the classroom.

Ms Dunning’s just been to phone Dad, and the principal’s just asked if anyone’s got a crowbar in their car.

It doesn’t sound as though anyone has, or if they have, they don’t want to go and get it.

I don’t blame them. Who’d want to walk all the way to the staff car park for the least popular girl in the school?

Blabber Mouth is available in bookshops and libraries in Australia and New Zealand and elsewhere, and online everywhere.

The audio track on this page is an excerpt from the Bolinda Audiobook Blabber Mouth, read by Mary-Anne Fahey. Buy it online: