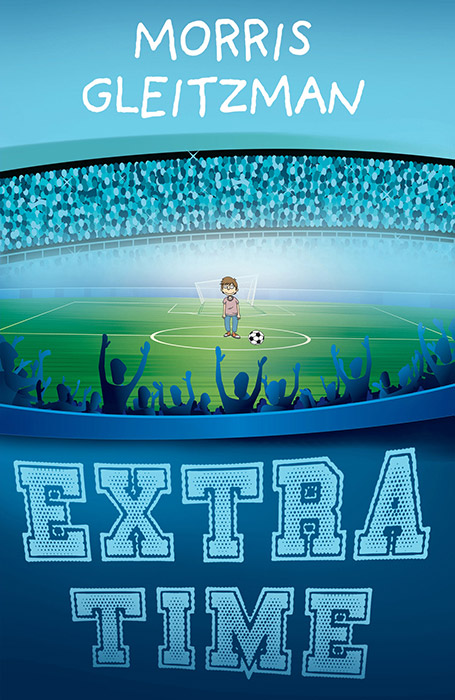 ‘Hey, Sutherland,’ yells an unfriendly voice. ‘If you got any last wishes, make ’em now.’

Matt and the others stop playing.

This waste ground next to the cattle yard is the best place in Australia for a kick-around. But it does get a bit crowded sometimes.

Coming towards us across the crunchy brown grass, dust puffing up from their boots, are six kids.

I sigh. Why can’t people leave Matt alone? Sometimes I think he won’t get any peace till every soccer show-off in town has tried to prove they’re better than him.

‘Your day of wrecking has arrived,’ says the captain of the orange team to Matt.

‘I think you mean day of reckoning,’ says Matt.

‘Get your words right,’ I say to the orange captain.

The orange captain ignores me. That happens quite a bit when you’re a younger sister.

The orange kids are all glaring at Matt as if they don’t like him, which is really unfair. They don’t even know him.

‘Come on,’ sneers the captain to Matt. ‘Let’s see how good you really are. Your lot against us.’

I wait for Matt to tell them to get lost. But he doesn’t. He’s extremely good-natured. Which is pretty amazing given what he’s been through.

I’m not so good-natured.

‘Get lost,’ I say to the orange lot. ‘We’re in the middle of a game if you haven’t noticed.’

‘We’re not here to get lost,’ smiles the orange captain. ‘We’re here to shred your butts.’

I’m always amazed by our town. It’s not very big, but the people are so different from each other. Some of them are really nice, but some of them, like this orange lot, look like they’ve never had a cuddle in their lives.

Mum and Dad reckon it’s because so many families tragically break up.

Uncle Cliff says there’s another reason. Too many big dogs in this town. Too many people have them in their houses as pets, he reckons, and they have to fight with them to get any food.

‘Excuse me,’ I say to the orange captain. ‘We’re not doing butt-shredding. We’re just playing for fun.’

‘See, I told you,’ says the captain to his team-mates. ‘Matt Sutherland is just a cluck cluck red rooster chicken coward.’

‘With a haggle for a kid sister,’ says another one.

‘The word’s haggis,’ I say. ‘If you mean the Scottish sausage made from sheep’s guts.’

The orange kids all snigger.

I try to ignore them. I know what they’re laughing at. My tartan skirt. Mum got it for me from the op-shop because two of my grandparents were Scottish before they got old and died. In my family we like to remember people who aren’t with us any more.

Matt is giving the orange team a thoughtful look.

I think a couple of them actually have got dog bites on their faces. Either that or they’ve been practising shaving with gardening equipment.

The rest of our lot are giving the orange team a look too. It’s not a look they usually give people. I think they want to take up the challenge.

I grab Matt’s arm and pull him over to where the others can’t hear us.

What I should say to him is, ‘Matt, it’s too dangerous, they’re as big as double fridges and there’s no ref and you’ve got metal pins in your legs.’ Which is true, and it’s what Mum would want me to say.

But Matt would hate it if I said that. He doesn’t like anyone making a big deal about his car crash injuries. He doesn’t mind people looking at the scars on his legs, but not if they get all concerned.

So instead I just say, ‘Come on, the sun’s getting too hot, let’s go and visit Uncle Cliff.’

‘People who run away,’ he says, ‘next thing they know, they’re living under their bed.’

I sigh again and take the sunblock out of my skirt pocket and hand it to him. Part of me admires Matt for giving it a go. Part of me wishes he was safely under a bed right now.

We walk back to the orange bruisers.

I just hope if it gets rough, Matt’s skill will keep him out of danger.

We’ve had too much tragedy in our family already. We don’t want any more.

Extra Time is available in bookshops and libraries in Australia, New Zealand, the UK, and online:

The audio track on this page is an excerpt from the Bolinda Audiobook Extra Time, read by Morris Gleitzman. Buy it online: