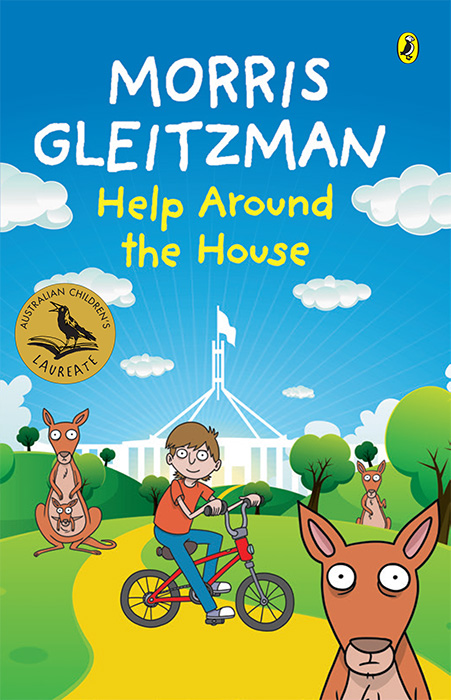 I’d never been on a plane before and I wasn’t exactly sure of the rules.

Was I allowed to do it?

Mum would have known, but she wasn’t here.

I decided to ask.

‘Excuse me,’ I said to a flight attendant. ‘Can I swap seats?’

I hoped the flight attendant wouldn’t mind if I mentioned something.

The flight attendant glanced at the sticker on my T-shirt. It didn’t have my name on it, just the letters UM, which meant Unaccompanied Minor.

I sighed. I’d been enjoying my smoothie till I saw that.

I was OK, which was a relief. The first two times I went on the flying fox at camp, I threw up.

‘Excuse me,’ I said to a different flight attendant, a friendlier-looking one. ‘I don’t really need this business class seat. Can you offer it to someone who does?’

The flight attendant gave me an amused look. ‘What an unusual request,’ she said.

The flight attendant leaned towards me and lowered her voice.

‘I wish I could say yes,’ she said. ‘But it’s against the rules. Sorry. Would you like another smoothie?’

The flight attendant gave my shoulder a little squeeze and went towards the front.

I thought of Mum. What she used to say about rules. How they deserve respect, but how they also need thinking about. And how sometimes it’s OK to break them, as long as somebody benefits and nobody gets hurt.

I stood up, making sure none of the flight attendants were watching, and went towards the back of the plane.

The further back I went, the louder the engine noise got. And the louder my nervousness got, thumping in my ears.

‘Excuse me,’ I said in my biggest voice.

A few people looked up.

‘Has anyone got sore knees?’ I said. ‘Or swollen joints in your ankles. If you have, or a bad back, there’s a more comfy seat up the front you can use.’

A couple of the people smiled. Most of them looked away.

‘It’s not a joke,’ I said. I got my boarding pass out and showed them.

Then somebody did. A voice behind me.

A very cross one.

She was looking even more unfriendly.

‘I’m just trying to help,’ I said. ‘Some of these people look very uncomfortable. Why don’t you let them take turns in my seat, ten minutes each . . ?’

She grabbed my shoulders and spun me around and steered me towards the front of the plane. I wasn’t sure if that was totally legal. Though these days, to keep us safe and protected, people in charge are allowed to be quite violent.

The flight attendant slid me into my seat and snapped my seatbelt shut.

‘Any more trouble from you,’ she said, ‘and the captain will have to radio the authorities.’

Before I could explain the difference between causing trouble and doing a good turn, the other flight attendant, the friendly one, tapped the first one on the shoulder and whispered in her ear.

‘I should have guessed he’d be a spoilt brat,’ she said, as she walked away. ‘He’s all yours, Regine.’

The friendly flight attendant crouched next to my seat.

‘I just let Terri know who you are,’ she said. ‘Or rather, who your dad is. I was really pleased when he got elected last month. We definitely need more good independent people in Parliament.’

‘Thank you,’ I said. ‘When Dad settles in, he’ll probably explain to the Parliament travel agent that in our family we don’t need business class seats.’

Regine smiled, then hesitated for a moment.

I nodded, not saying anything at first. Whenever somebody mentioned Mum, my mind was always suddenly full of her, and my voicealways needed time to recover, even a year after. ‘Sometimes,’ I said to Regine quietly, ‘people get sick and there’s nothing anyone can do.’

Mum said that to us quite often.

She was very brave.

Regine nodded and gave my shoulder another squeeze.

‘It must have been really good,’ she said, ‘having your mum as your cub scout leader.’

I nodded. It was.

Mum was a great scout leader, everyone said so.

She was always kind and understanding and really expert at encouragement. She’d probably have given Regine a proficiency badge for being so good at remembering things from the news.

I was about to tell Regine this when Terri’s voice came over the loudspeaker, making stern announcements about landing.

I stared out the window.

Below us was a city. It looked different to any city I’d ever lived in before, which wasn’t that hard because I’d only lived in one.

This city didn’t really look like a city at all. No tall buildings crowded together. No grubby smog haze. No narrow streets full of jammed vehicles and people in them having road rage.

On the horizon, the afternoon sun was making a row of hills glow in a very beautiful way. Golden streaks of light beamed across the landscape, which was a mixture of treetops and spread-out buildings and wide roads with hardly any cars on them.

Canberra looked like a clean and relaxed and happy place where a good person could do good things without getting trapped in a lift or stuck in traffic.

I remembered what Mum said on her last day. She was so weak, I was worried about her strugging to get so many words out. But I could see how much she wanted to say it.

‘We’re a family that always tries to help,’ she whispered. ‘Don’t let this stop you. Two out of three’s still a family, right?’

Dad and me couldn’t speak.

But we nodded and squeezed her hands so she’d know we’d never stop.

I realised Regine was crouching next to me again with a scrap of paper.

‘My son’s in the scouts too,’ she said. ‘Here’s the address of his scout group. Just in case you haven’t organised one.’

‘Thanks,’ I said, taking the paper.

When Dad headed off to Canberra two weeks before me, he said finding a scout group there was top of his list. And Dad had always kept his word.

I didn’t say that to Regine because I didn’t want to spoil her good turn.

‘Canberra’s not a bad place to live,’ said Regine. ‘But you have to get off your bum and do things, otherwise it can be a bit boring. Don’t tell your dad I said that.’

She gave me a grin and hurried away to prepare the plane for landing.

I stared out the window again.

The capital city of the nation?

The place where the most important things in Australia happened. Where the really big decisions were made. Where the largest number of people in the whole country who were dedicated to helping other people hung out.

The largest number plus two now.

How could that ever be boring?

There was a clunk from under the plane. My tummy twitched for a moment. Then I realised the clunk was just the wheels of the plane doing what I was doing.

Getting ready to do our job.

‘We’ve done it, Mum,’ I whispered as the plane shuddered down towards the dark shadows across the runway. ‘We’re in Canberra.’

Help Around The House is available in bookshops and libraries in Australia and New Zealand, and online:

The audio track on this page is an excerpt from the Bolinda Audiobook Help Around The House, read by Morris Gleitzman. Buy it online: