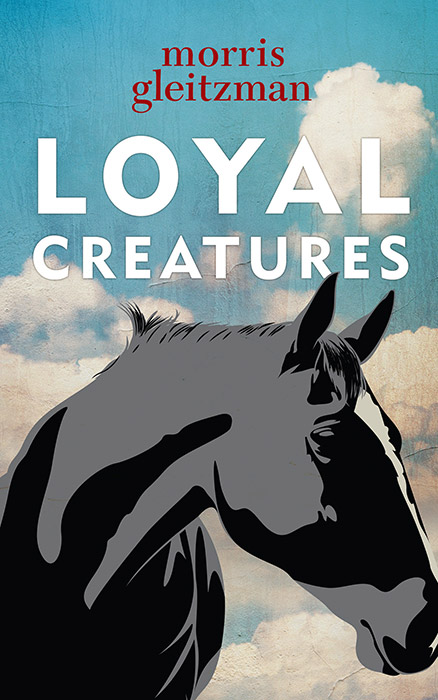 Did I want to go?

Who wouldn’t want to choof off to distant exotic places, give a pack of mongrel bullies what for and have the sort of experiences you just didn’t get in the Cudgegong district.

When I told Dad I wanted to go, he tried to wallop me round the head with a canvas bucket.

Not too hard, I was bigger than him. But I was still surprised. Hitting people with buckets wasn’t Dad’s style. Plus, since Mum died, me and Dad were a team. Mates. You didn’t go round whacking your mates in the head with work utensils.

Something was going on.

Dad glared at me.

‘You and me’ll be first in the trenches,’ he said, ‘if Germany invades New South Wales. Till then we’ll stay out of other dopey idiots’ wars.’

I squinted up at the blokes riding past. They didn’t look that dopey to me.

Me and Dad were on Mindalee Station, rigging up some irrigation for their kitchen garden. Bunch of the station hands were heading off to Sydney with their horses to volunteer for the fighting.

My horse Daisy looked up from the carrot patch she was chewing on and gave a few snorts. Wishing the other horses luck, probably.

Dad gave the blokes a nod. He knew some of them from the pub.

‘Don’t fall down a well, Ted,’ said one. ‘When we need reinforcements, we’ll be giving you a hoi.’

Before Dad could reply, I spoke up.

‘No need,’ I said. ‘We’ll probably beat you lazy blighters there.’

The bloke grinned as he rode off.

I braced myself for another gobful of wet canvas, in case Dad was getting a taste for this method of arguing. But he just glared at me again.

Technically he was right. But I knew several blokes who’d volunteered at fifteen. Alright, sixteen.

And the tall ones like me had been accepted if they were good at lying about their age.

He frowned and looked like he was going to whack me again.

Before he could, Mr Conroy the station owner came over.

‘Having a smoko, Ballantyne?’ said Mr Conroy to Dad. ‘It’s not Christmas yet.’

Pushy blighter, he could see we weren’t. I didn’t even smoke. Mum reckoned tobacco was a waste of a bloke’s wages. Being careful with money was always important to Mum right to the end, so I promised her I wouldn’t smoke, permanent.

I think Mum made Dad promise something too, at the end. About us not going to the war.

‘Be done today, Mr Conroy,’ said Dad, whacking a length of irrigation pipe instead of me.

Mr Conroy looked at Daisy, who’d moved on to the peas.

‘Pity you didn’t finish earlier, Ballantyne,’ he said. ‘You could have volunteered with my blokes. Help sort them Huns and Turks out.’

‘Tell those nags to pull their heads in, Frankie,’ he said to me.

Dad’s horse Jimmy had decided Daisy was onto a good thing in the veggies. I went over to roust them out.

‘Got the lad to look after,’ I heard Dad say to Mr Conroy.

I didn’t hear what Mr Conroy said back, but while I was putting nosebags on Daisy and Jimmy, I heard grunting sounds.

Dad was hacking into the dirt with the big pickaxe, shoulders knotted and teeth clenched with the effort of swinging the thing.

That was my job. We’d agreed I’d do the heavy work. Dad’s back wasn’t the best. Old bloke’s curse, he reckoned. He was probably right, he was nearly thirty-six.

I hurried over to give him a hand. And saw from his face it wasn’t just the hefty metal head of the pickaxe he was ramming down into the dirt.

It was something else as well.

Something he was feeling.

That’s when I knew he wanted to go to war as much as I did.

The German and Turk armies weren’t the only ones getting my blood up.

Joan Prescott in the chemist was streets ahead of them. Forget the girls on soap packets. Joan was dead-set gorgeous. At school she had more freckles and knee scabs than the rest of us put together. And more skill at gumnut poker and more patience at training beetles.

She came to Mum’s funeral off her own bat.

Trouble was, she’d got a scholarship to the grammar school. Her parents wouldn’t let her speak to me any more. But I still liked being in the same place as her, so I spent hours in that shop pretending to inspect ointments.

‘Frank, what are you doing?’

I nearly dropped the jar. Joan had crept up behind me.

She rolled her eyes, which was something else she was good at. She could sink a deep well into your heart just by moving her eyeballs.

‘You shouldn’t be in here,’ she said.

I knew she was just doing her job. Since her dad volunteered for the war, she was assistant manager after school.

But I didn’t say that. I never had.

Joan glanced anxiously around the shop as usual, checking if we were being watched.

I tried to think what a grammar-school bloke would say right now.

‘Australia’s a free country,’ I said.

‘Frank,’ said Joan. ‘You know what my father reckons about this.’

Joan gave me a sad look and pushed something into my hand.

Cough lozenges. Three of them. She knew I liked them.

Before I could say thank you, or please run away with me, somebody grabbed the jar of ointment out of my other hand.

‘So,’ said Mrs Prescott, thin-lipped, giving the label a read. ‘For the treatment of fungal infections of the feet, armpits and groin.’

Mrs Prescott glared at Joan, then looked at me hard and cold. Mr Prescott must have told her to keep the unfriendliness going while he was away.

‘They use this stuff in the trenches,’ said Mrs Prescott. ‘But of course, your family wouldn’t know about trenches, would they?’

I was about to tell her how me and Dad regularly dug irrigation channels and drainage ditches of all kinds, including trenches. Then I realised what she meant and kept my trap shut.

Joan shuffled miserably. I could see she wanted to say something but didn’t dare. I did dare, but I kept quiet too. My aim, long term, was to win Joan’s mum’s admiration and respect. I probably wouldn’t do that if I told her to stick her head up her arse.

While I fumbled for the money, Joan looked at me sympathetically and Mrs Prescott looked at me like I was something you find wriggling at the bottom of a bore hole.

But I knew all that could change.

If I came back from the war with a chest full of medals all that could change, permanent.

Loyal Creatures is available in bookshops and libraries in Australia, New Zealand, the UK, and online:

The audio track on this page is an excerpt from the Bolinda Audiobook Loyal Creatures, read by Morris Gleitzman. Buy it online: