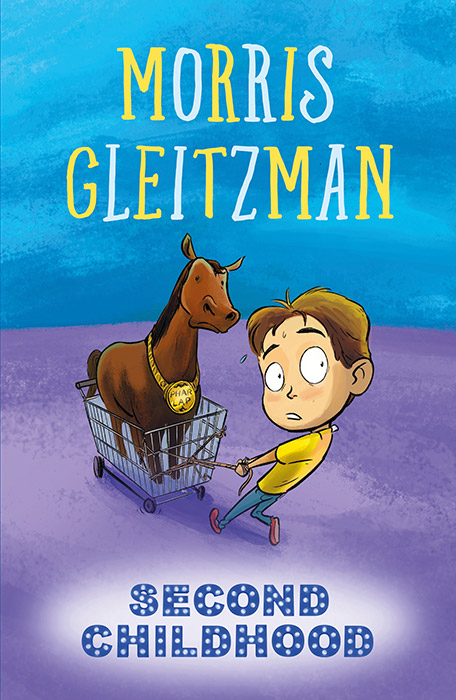 All around the hall, people were turning to look at him, smiling and clapping.

Mum and Dad were beaming at him and hugging him and saying things he couldn’t hear because the applause was so loud.

Then he was on his feet, squeezing past lots of knees, walking towards the stage where Mrs Bryant stood waiting. She was beaming at him too, looking more like an Aunty than the headmistress who had once yelled at him for washing a live frog in the bubbler.

He climbed the wooden steps onto the stage and Mrs Bryant held up her hands. The clapping stopped. Mrs Bryant put her hand on his shoulder.

‘Mark Smalley,’ she said in a loud voice, ‘congratulations on being this year’s outstanding pupil, the Dux of the School.’

She shook his hand and gave him a small box covered in velvet.

‘We hope,’ she went on, ‘that this prize will inspire you to even greater achievements next year in high school.’

The applause started again, louder than ever.

He stood on the stage and gazed out over the rows of faces. He saw Mum and Dad looking up at him, glowing with pride and pleasure.

Mark let the applause pour into him and fill him up until his head overflowed with the things he was going to do.

First, he thought, I’ll discover a cure for all the kids who have to wear metal things on their legs.

Then I’ll design a Porsche that mums and dads can afford.

Then I’ll invent a cake recipe that makes people live an extra hundred years. Two hundred if they have another slice ...

A voice, almost drowned out by the applause.

For a moment Mark didn’t know where he was.

Mark remembered exactly where he was.

He heard giggles from around the classroom.

‘Welcome back,’ said Mr Cruickshank. ‘Now if you’ve finished daydreaming, perhaps you could answer my question.’

Mark felt panic bubbling up inside him.

He looked desperately past Mr Cruickshank, searching for a clue.

He saw Pino Abrozetti, who was standing out the front for talking, put his finger on his nose.

Was that a clue?

Mark wasted vital seconds wondering why a history teacher would ask a question about noses before he realised Pino wasn’t pointing to his nose, he was picking it.

Then Mark saw the live sheep tethered to the leg of Mr Cruickshank’s desk. A living resource, Mr Cruickshank had called it earlier. And chalked on the blackboard were the words ‘Australian Wool Exports 1850-1890’.

Mark knew he’d have to have a bash.

The class broke into titters and a forest of hands flew up.

Mr Cruickshank, whose nose was starting to go pink, waved the hands down with a pile of essays and gave a big sigh.

‘If you don’t wake up to yourself, Smalley,’ he said, ‘do you know what you’re going to end up as?’

Is he repeating the first question, wondered Mark, or asking a new one?

He looked down. And before he could stop himself, he was beckoning Mr Cruickshank closer.

‘I wouldn’t have put it quite like that,’ he said.

‘You’ve trodden in some, sir,’ said Mark as quietly as he could. A person who’s trodden in sheep’s poop doesn’t want the whole world to know.

Mr Cruickshank glared at Mark, at the class, at his shoe, and at the trail of messy footprints between his feet and the sheep.

‘I don’t know why I bother,’ said Mr Cruickshank bitterly to the sheep.

He turned back to Mark.

‘The past doesn’t mean a thing to you, does it, Smalley?’

Mark thought about explaining that it did mean a thing to him, a lot of things, and that he’d rather be there now.

He decided not to.

Mr Cruickshank gave another sigh and dropped a project onto Mark’s desk.

Mark closed his eyes. This was the moment he’d been dreading. Please, he thought, don’t let me get worse than a C.

He opened his eyes and stared at the letter in red ink on the first page of the project.

Mark felt a cold sinking feeling in his stomach.

Mr Cruickshank was crouching down again, face close to his.

‘Not good enough, Smalley,‘he said. ‘Everyone here did well in primary school. That’s history. This is high school. Wake up to yourself, Smalley.’

Mark looked at the sheep.

The sheep looked dolefully back at him.

Second Childhood is available in bookshops and libraries in Australia and New Zealand, and online: