Something didn’t smell right. Ginger stopped halfway down Ashmore Street and sniffed the air. Her insides tightened. Something not right. 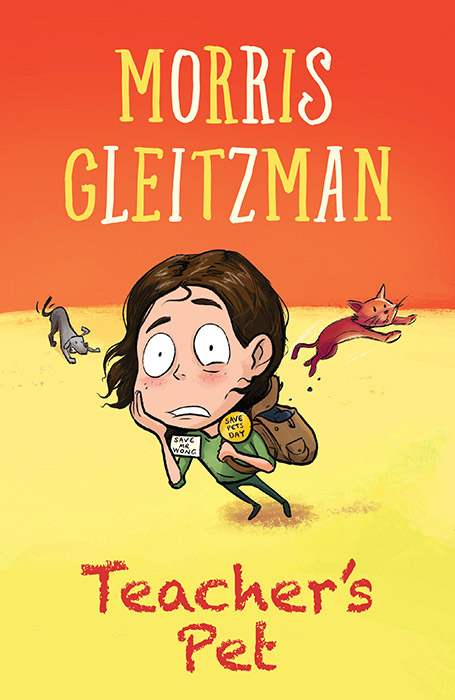 Before I start writing the chapters of a new book, I make a plan. And before I can make the plan, I need to think about the main character, the biggest problem in their life, and what they might do to solve or survive that problem.

I also start exploring what the story is really about. The ideas and themes and notions that will ignite under the surface of the story like the gas flames under a hot air balloon and keep it afloat and big enough to be interesting.

In the weeks and months that I’m thinking about the story, I jot down thoughts. Sometimes in a notebook, sometimes on my phone, and sometimes on whatever I can find in the middle of the night when I wake up with a new notion for a story (you wouldn’t believe how scribbled-on my pyjamas are).

The other day I found the notes I jotted down while I was thinking about Teacher’s Pet. I thought you might be interested to see them, particularly if you’ve read the book or are planning to. If you haven’t read it yet, don’t worry, I don’t think I’ve given away too much in the notes. 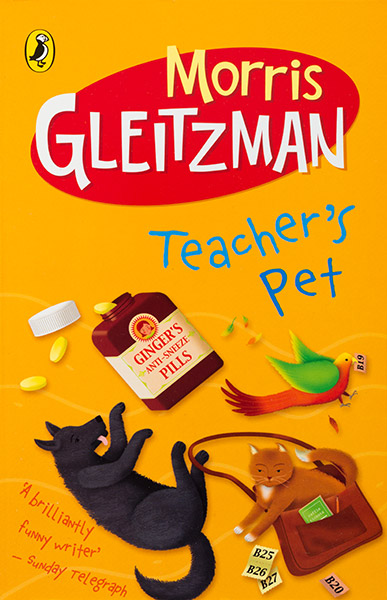 Girl doesn’t trust that she’s loved in her family.

Parents seem to prefer their cats.

Dog (trust) is at first scary.

Her love for dog becomes real and unshakeable.

When parents support her and dog, at risk to their jobs, she sees that their love is real and unshakeable too.

Dogs are a family – the pack depends on each other. Cats are solo.

Dad is a passionate, creative scientist.

But knows that sometimes it’s not enough – sometimes you have to trust your nose.

Doesn’t trust that the truth will be safe for him. Manipulates in secret.

Power rather than love.

What girl could become if she doesn’t learn to trust.

Girl discovers she is a dog person.

Fears her family are cat people.

Dogs sniff out the truth (science and trust your nose).

Cats behave as if they know the truth.

Girl recognises Acting Deputy Principal needs the same as her. To learn to trust.

Once she’s finished her journey, gives dog to him.

Not everything in the story can be explained scientifically.

Comes into her life after she ate cat food.

School project about basic political tricks – teacher is doing this in class. We overhear her describing various devices just before they happen to girl.

Heartworm – metaphor for what the girl has, and the Acting Deputy Principal.

Girl has a heightened sense of smell – from growing up with cats pee. To her, Acting Deputy Principal's aftershave has a distinct cats pee component.

Mongrels – a blend of countless breeds and genes. Acting Deputy Principal prefers pedigrees. Wants to keep the mongrels at bay.

As you’ll see if you read the book, not all these ideas and thoughts made it into the story. But lots did, sometimes in a slightly different form.

Teacher’s Pet is available in bookshops and libraries in Australia, New Zealand, the UK, and online: