Then we ran for our lives, me and Zelda, up a hillside as fast as we could. Which wasn’t very fast. 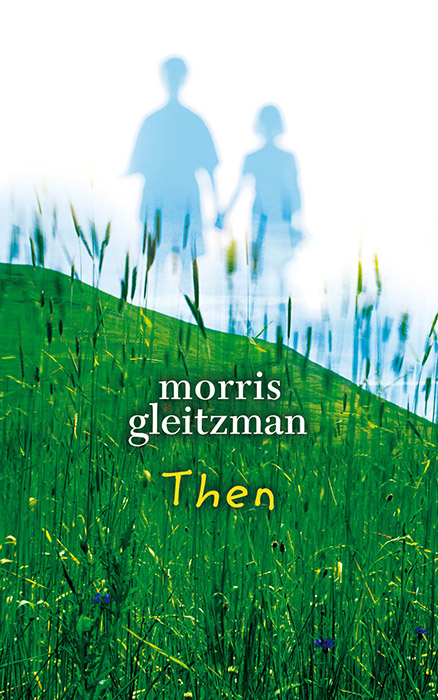 Even before I finished writing Once I knew I wouldn’t be saying goodbye to Felix and Zelda on the last page. There were too many things I wanted to make part of Felix’s story, and I’d come to accept they wouldn’t all fit into a single book. So even as we travelled together on that terrible train journey in the closing chapters, I knew there would be a second book.

As part of Felix’s continuing story of friendship, I wanted to include an example of something I find truly remarkable. That some people are prepared to risk everything to offer friendship and protection to a stranger.

I’d read of many individuals in Nazi-occupied countries who risked their lives and the lives of their families to hide and shelter Jewish fugitives. On one of my research trips to Poland I found myself walking down a street in a small town and gazing at the houses. In the 1940s most of these houses would have been lived in by people of very similar backgrounds. But had a Jewish couple knocked on the doors, begging for protection for themselves and their children, they would have received very different responses. Some householders would have slammed the door in their faces. Some would have told the Nazis where they were. Others would have hidden these strangers, with whom they shared no family or religious bonds, in their cellar or attic or under their barn in the knowledge that if the Nazis discovered what was going on, the Jewish family would be shot on the spot, and so would they and their loved ones. 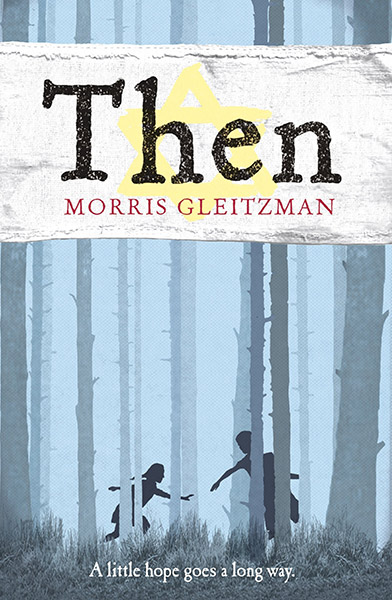 What makes people so different? It was something I asked myself countless times during years of research and reading, and again while I was writing Then. There is no simple answer. I haven’t stopped asking the question.

Often it’s questions like this that help writers make contact with characters, and that’s what happened for me with Genia, the Polish farmer who gives Felix and Zelda crucial protection in Then. Soon after she meets them Genia says, ‘I don’t like Jews. I never have. It’s how I was brought up.’ Felix is anxious and Zelda is indignant. ‘But,’ Genia goes on to say, ‘there are people I hate much more than Jews. Most of all I hate anyone who hurts children.’ 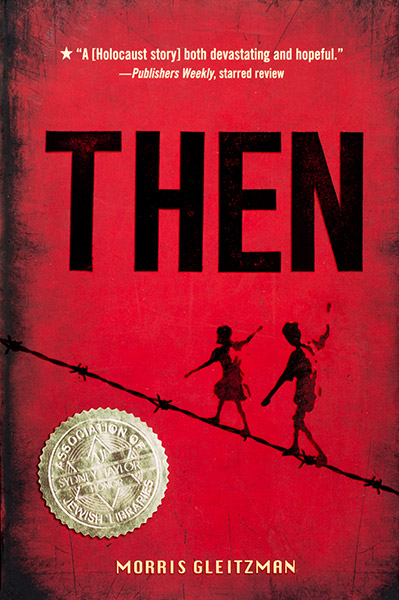 I’ll never forget the months I spent writing Then. I knew something had to happen towards the end of the book that would be the saddest thing I’d ever written. Day by day, week by week, as I worked through the chapters, I felt myself getting closer to the awful day I would have to write it. The closer I got, the more I didn’t want to write it. But I knew I had to. It was one of the responsibilities that comes with writing a story set in a real time and of following the footsteps of real people.

By the time I’d finished writing Then, I knew another book about Felix was needed (see the book page for Now.) I also knew that Felix’s story had become and would remain an important part of my life.

Here’s an article I wrote around this time for the UK children’s literature magazine Carousel that illustrates just how important.

Recently I did some winter travelling in Europe, and slowly noticed I was being stared at. Not all the time, so it clearly wasn’t fame. Just by some people in certain countries. Older men, mostly, and a few older women. In Poland and Holland and Germany and France. They weren’t friendly stares.

Naturally I wondered what was going on. I started checking my reflection in shop windows. I was pretty sure I didn’t look much like a hedge-fund operator, so what could explain the hostility?

Then, at Frankfurt airport, as I was being glared at by a young man with icy-blue hate-filled eyes, I realised what it might be. I was wearing mostly black clothes. In Melbourne, where I live, black clothes are thought to denote cultural discernment of the highest order, so naturally I wear them all the time. And, when I’m in a cold place, a black Fedora hat on my bald head.

Using a little trick we authors have developed, I looked at myself through the eyes of my disgruntled observers. Black shoes, black trousers, black coat, black scarf, broad-brimmed black hat.

I was shocked, but not because they were wrong. In fact they were a quarter right. One of my grandfathers was a Jew from Krakow and I embrace aspects of Jewish culture enthusiastically. Salt beef bagels, for example, and irony.

Nor was I shocked to discover that anti-semitism is still alive in Europe, because several times in the past I’d seen fresh Nazi graffiti in Poland and elsewhere.

What shocked me was how openly these people were expressing their feelings. I’ve spent a lot of time over the last decade reading about the Jewish experience in the Holocaust and trying to imagine the unimaginable. Suddenly, at Frankfurt airport, one facet of that terrible time became a little more real to me.

Years ago, when I decided to write a story about a Jewish child in the Holocaust for readers of eight and up, I had several reasons for doing so and I have to confess that at the time confronting anti-semitism in contemporary Europe wasn’t one of them.

I wanted to write a story about love and friendship, and how we humans are very good at both those things, even though a visitor to our planet might be excused for thinking that what we’re best at is anger, hatred and cruelty. I thought it would be interesting if the young characters doing the love and friendship in the story were surrounded by people doing the opposite.

Every day the media bombards us with countless images of humans being awful to each other. That’s the nature of news. But we also have stories, and stories have the power to redress the balance. Not by fudging the true nature of the world our young people will inherit – that would be a betrayal. By reminding us how, alongside the people doing the worst our species is capable of, we often find other people embodying the very best.

Years ago I read about a bloke called Janusz Korczak, a Polish Jewish children’s doctor and children’s author who helped look after two hundred orphans in the second world war and along the way did some of the best things I’ve ever heard of a person doing. The Nazis killed the orphans, and Korczak chose to stay with them and was killed too. His life was one of the most inspiring examples I’d come across of the best surrounded by the worst. I wanted to honour his spirit in a story.

But first I needed to do a lot of research. So over the years I read books about the Holocaust, including diaries and letters of children who experienced that awful time and didn’t survive it, and memoirs of those who did. I visited Holocaust museums. I went to Krakow, mostly to try to absorb the incomprehensible, partly to try to find out what happened the extended family members my grandfather left behind when he went to live in London in the early part of last century.

Out of all this grew the story of a ten year old Jewish boy in Poland in 1942 and his six year old Polish friend. Two books so far, Once and Then, with a third to come. The incidents in them are made-up, but most of Felix and Zelda’s experiences are inspired by the real-life experiences of children in the Holocaust. As best I could imagine them. I wasn’t there, so all I could do was read and listen carefully, and try to imagine.

I became fascinated by the ways the non-Jewish communities of Europe responded to the persecution and murder of the Jews. Many people helped the Nazis, many others risked everything to help and hide Jewish fugitives. Most of the Jewish children who survived the Holocaust were hidden or rescued in some other way by people who often came from the same backgrounds as the killers.

There’s a difficult balance here for a children’s author. My rule is that I don’t want to fudge, trivialize or evade how things were and are, but at the same time I don’t ever want to write a book that leaves young readers feeling worse about themselves and their world. A very difficult balance, which is why Once and Then took me years to write.

I was helped by Felix and Zelda’s armour-plated capacity for love, and by Felix’s creative optimism. And the structure of the story. I knew most of my young readers would come to the books knowing very little about what was happening in Europe in 1942, so I put Felix in the same position at the start of Once and made the first book a journey of discovery, seen entirely through Felix’s eyes.

As an author it feels indulgent to hope that stories can change the world, but of course deep in our hearts we hope just that. Even little changes. I’ll be keeping my fingers crossed next time I’m at Frankfurt airport.

Read Chapter 1
of Then

Then is available in bookshops and libraries in Australia, New Zealand, the UK, and online: