‘Uncle Bart,’ said Limpy, ‘why do humans hate us?’ Uncle Bart looked down at Limpy and smiled fondly. ‘Stack me, Limpy,’ he chuckled, ‘you are an idiot.’ 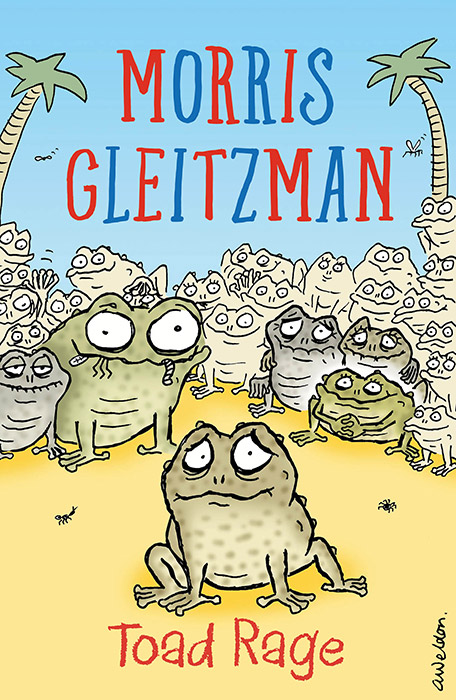 Limpy the cane toad has been in my life for so long it feels strange to think he started out as an abstract idea rather than the intrepid, loyal, warm-hearted bundle of slightly-squashed warts and irrepressible wistfulness I’ve come to love.

Well, two abstract ideas really. Firstly I wanted to have some fun looking at our species through the eyes of a non-human character. To get a different perspective on what we humans get up to when we don’t know other species are watching.

I also wanted to do an experiment. One of my favourite things about stories is the chance they give us to experience empathy in the privacy of our own imaginations. A character might be different to us on the outside, but a good story takes us beneath the surface of that character to a place where we find part of ourselves, and sometimes part of our favourite primary school teacher as well.

But what if a character isn’t just a bit different to us on the outside, but completely, totally, comprehensively, revoltingly different? Size, shape, skin condition, personal habits, the lot? Could a story about such a character still make our hearts soften with recognition? That’s what I wanted to put to the test. 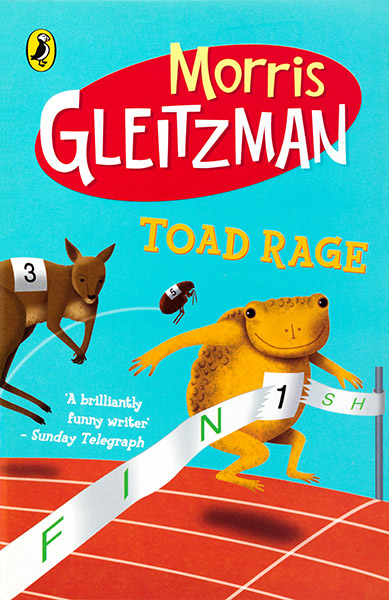 So I made a list of all the non-human Australians I could think of, with an emphasis on the yukky. The list included

There was something about cane toads. I’d first met them as a university student one Christmas holidays when I went to far north Queensland and got a job in a sugar mill. Each night, as I toiled at the edge of the cane fields, the toads would sit watching, chewing thoughtfully on smaller creatures and pieces of discarded mill equipment.

I found them fascinating. And a bit revolting. Years later, as I contemplated my list of difficult-to-empathise-with characters, the cane toads hopped effortlessly to the top of the pile.

Humans up north don’t just dislike cane toads, they hate them. Which is great for an author, because every story needs a character with a problem, and having a bigger, technologically-superior species trying to flatten you with cricket bats, beer kegs and large vehicles is the sort of jeopardy readers yearn for.

So I wrote Toad Rage to see if human hearts could warm to a character with bad skin, cold blood and a wistful soul. My heart certainly has. And, I’m delighted to report, so have others. I love the fact that the rangers in Kakadu once printed a picture of Limpy on their stubby holders even as they did battle with the same warty, ecologically-disastrous visitors to the park who can cause the death of a magnificent five metre crocodile just by being swallowed.

My experiment was meant to be a one-off, but all these years later, after Toad Heaven, Toad Away, Toad Surprise, and now Toad Delight, Limpy and Goliath and Charm have made a muddy corner of my imagination permanently their own. I wouldn’t have predicted it, but I’m glad it’s happened. I’m a lucky bloke. When life gets tough, and my warts are prickling with anxiety, I’ve got some friends who know how I feel.

Toad Rage is available in bookshops and libraries in Australia, New Zealand, the UK, and online: