Morris Gleitzman - Too Small To Fail

Oliver wanted more. Not squillions of dollars and private jets and solid gold zips on his school bag. Just more than this. 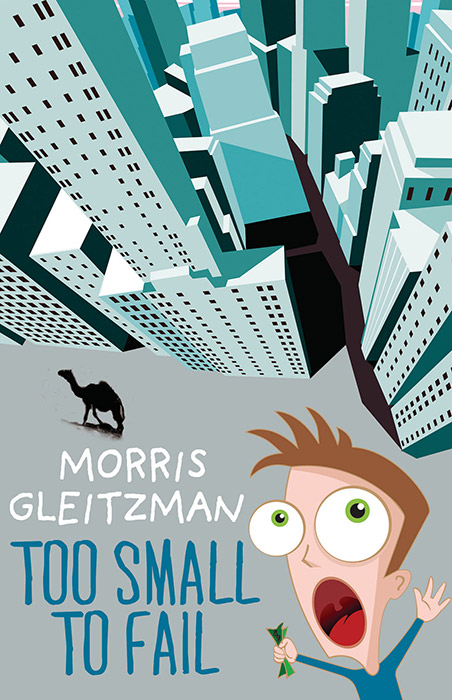 When big scary things happen in the world, the sort of things that make grown-ups panic, kids tend to get pushed to one side. I don’t mean that adults stop caring about kids and wanting to protect them, they just assume that when it comes to things like wars and big accidents and natural disasters and man-made catastrophes, kids aren’t going to be able to do much to make things better.

And it’s true that most kids can’t operate rescue bulldozers or fly fighter planes or stand for election and become better prime ministers than some of the clowns we’ve seen lately.

But I think they can make things better in all sorts of ways. Maybe not always in the big grown-up outside world. But in our hearts. Because when we’re scared, somebody looking at us with loving eyes helps a lot, even if those eyes do belong to somebody quite small.

And sometimes kids can make a difference because they’re smarter than the grown-ups who’ve caused the problem.

A few years ago the world teetered on the edge of disaster because quite a few bankers earning millions of dollars a year turned out not to be very good at their jobs, and unfortunately also greedy idiots. 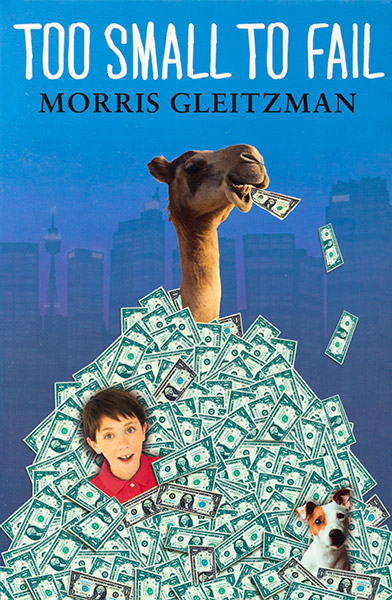 Why hadn’t anyone noticed, I wondered. I realised one reason was that most of us grown-ups hadn’t bothered to learn anything about investment banking. We’d left it up to the ‘experts’, who turned out not to be very expert at all. So I started reading everything I could find about investment banking. I wanted to understand exactly what had gone wrong and perhaps keep an eye on the ‘experts’ in the future.

As I read book after book, I started to realise something fascinating. The investment banking world was complicated, with for example things called collateralised debt obligations and credit default swaps, but it was based on some very simple ideas, most of which the bankers got wrong. Time and again, as I read, I thought to myself, ‘a ten year old kid could have told them that wasn’t going to work.’

After a while I started to wonder what might have happened if a ten year old kid had told them it wasn’t going to work.

All things that some of the most powerful and highly-paid and supposedly smart grown-ups in the world forgot.

Then I decided to write a story. In my imagination I met a boy called Oliver, and a dog called Barclay, who is the friend Oliver wants most in the world. But even though Oliver is very rich and has most of the things a kid could possible own, he’s not allowed to have a dog. I also met a girl called Rose and quite a few camels.

The story started out being called Big Biscuits and ended up with the title Too Small To Fail. Strange title, I know, but you’ll see why I chose it if you read the book. Well, I hope you’ll see. There is one way authors are just like investment bankers. We’re not right all the time.

Read Chapter 1
of Too Small To Fail

Too Small To Fail is available in bookshops and libraries in Australia, New Zealand, the UK, and online: