‘What I need,’ said Pearl, as she started to slide off the roof, ‘is a grandmother.’ There weren’t any around, so Pearl grabbed hold of the TV aerial instead. 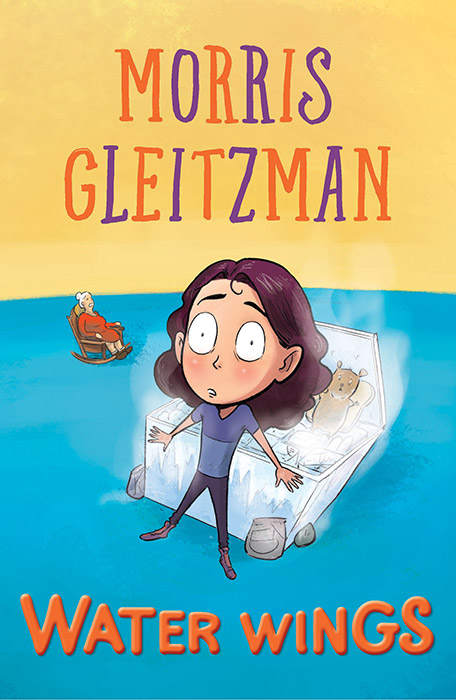 This book and Belly Flop have a relationship unlike any two of my other books. After struggling for over a year to write Belly Flop, I finally discovered the reason I was having so much trouble. Turned out I had two different stories fighting for oxygen and adverbs inside the same story skin.

The second story was this book, Water Wings. And once I separated them, I had no trouble writing them both.

Well, not much trouble. I wanted Water Wings to be a funny book, but the more I got to know the main character Pearl and her world, the more I could see that this story was going to have a lot of big emotions running through it.

I don’t want to give too much away in case you haven’t read it, so I’ll just say that Water Wings has a guinea pig and a new grandma and a good friend and not all of them are still alive at the end of the book.

So lots of emotions, but it does also have quite a few funny bits.

Water Wings is available in bookshops and libraries in Australia and New Zealand, and online: